Ακούς την Αθήνα; Ένας διάλογος is a radio play that explores the balcony as a threshold space between the domestic and the public stages of the city. It is a performative reflection of Ακούς την Αθήνα; | Do you hear Athens? that focuses on the familiar and everyday sounds of Athenian apartments and streets: birds, animals, alarms, tv shows, church bells, street musicians, passing trains, cars, people, junk collectors and more. Based on field recordings, sonic enactments and script writing, the play observes, records, transcribes and responds to different acoustic stimuli felt across the city, drawing attention to the often antagonistic acoustic relations between the private and public spheres. The script is inspired by Italo Calvino’s Invisible Cities. 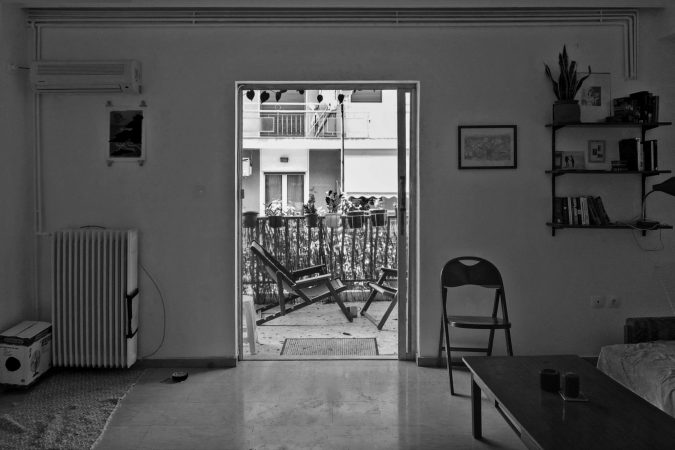